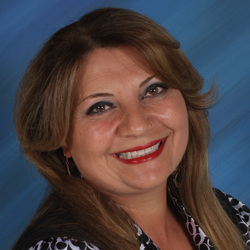 Nava Kashanian moved to America from Iran in 1989. She started her higher education in Baltimore and continued when she moved to California in 1990. She completed her degree at Valley College and began working as a teacher's assistant for Torah Chaim. She went on to work at Toras Emes as a teacher of 3 year olds. After moving to the valley, she began her career at Emek, where she loves teaching the Nursery aged children.